Before Zia’s main birthday celebration last saturday at Mcdonalds, she had an early celebration with her schoolmates.

The Party was personally prepared and organized by Marian. Even the party performers were surprised how hands-on Marian is.

“Marian personally carried and set up everything. So refreshing to see especially from a superstar family.” She said.

One of the performer also said that it is one of the most down to earth party she’s ever been to.

Even the cake artist praises how polite and kind Marian is. She said Marian is so humble and kind. 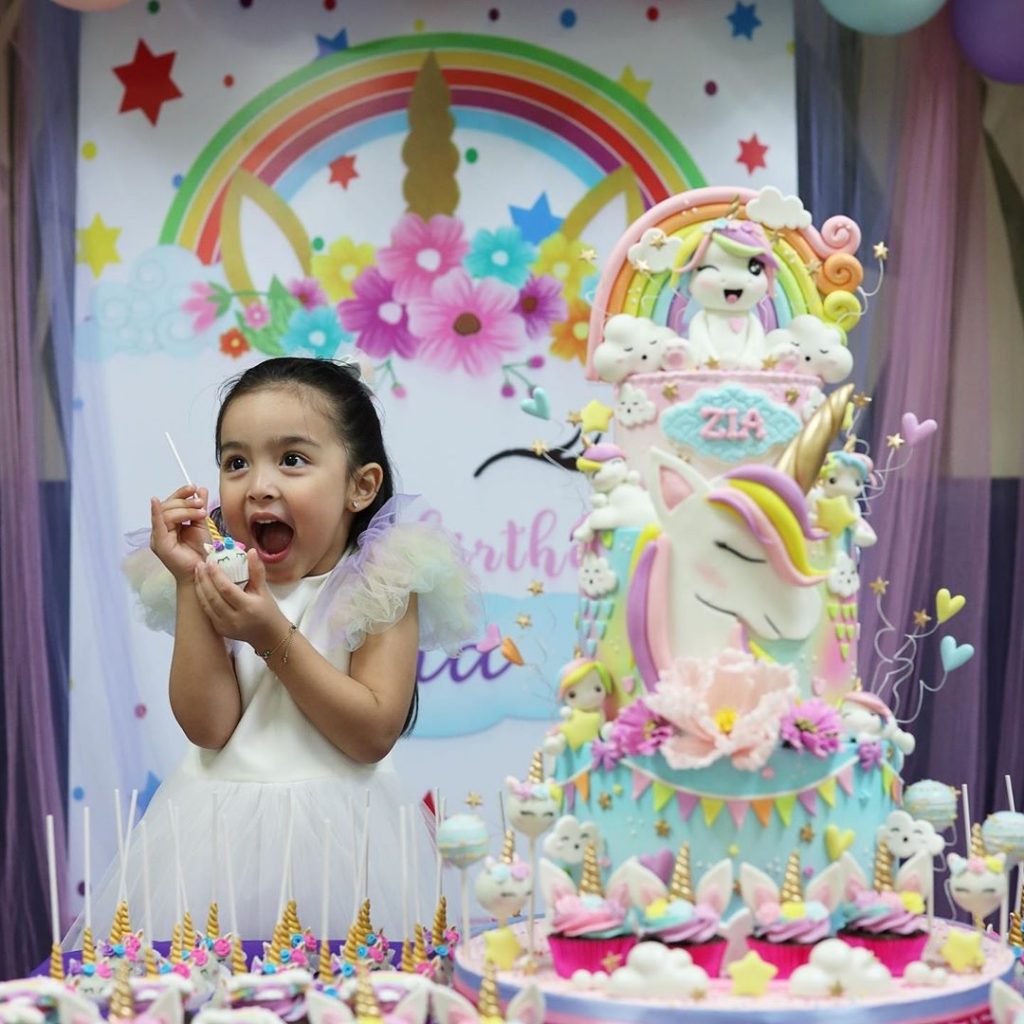 Meanwhile, Marian’s road manager Tristan Cheng did a video of the party. He posted it on his facebook. He posted a message for Zia along with the video he made.

“I know you will grow wise and nice dahil sa mga super parents mo. wish you all the best! And be a great Ate to Ziggy pogi.”

In the video there’s a funny moment of Marian and Zia. When the teachers asked Zia what is her birthday wish, Zia said, “Baby Sister!” with a big smile on her face.

Marian was so surprised by her wish, she screamed! Hahaha Well, we know what happened when Zia asked for a baby brother..