GMA Kapuso Network Senior Vice-president for Entertainment Lilybeth G. Rasonable and her husband were also present at the lunch prepared by the Dantes Family.

Dingdong and Marian’s managers shared some photos from their lunch meeting. Rams David posted, “Happy lunch with the happy bunch. Thank you DongYan for the sumptuous feast.” 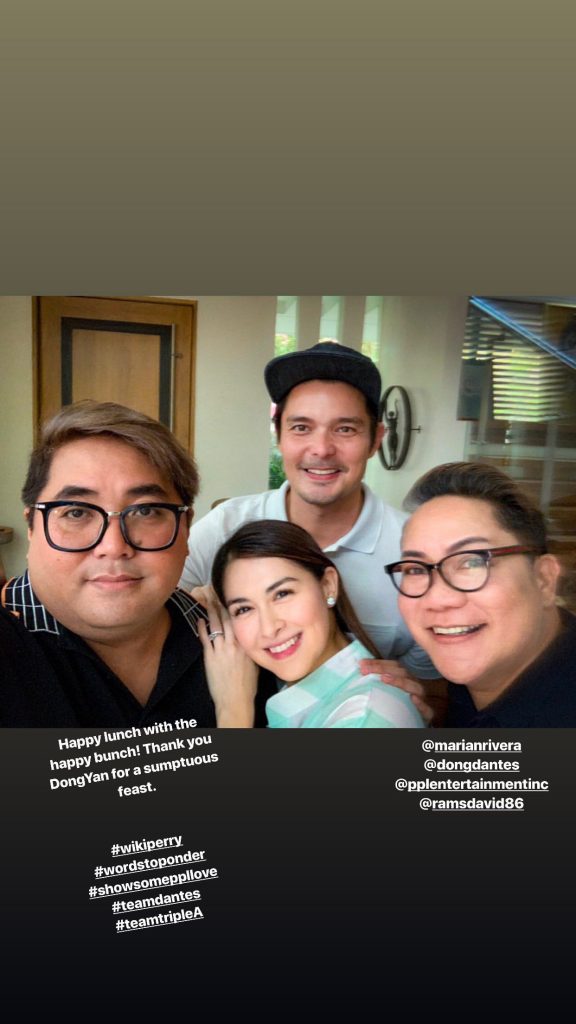 They also shared a group photo with the Dantes family. In pictures are Dindong Dantes, Marian Rivera, Zia, Ziggy, Perry Lansigan, Rams David, VP for entertainment Lilibeth Reasonable and her husband. Looks like Ma’am Lilibeth is very fond of our little princess Zia. 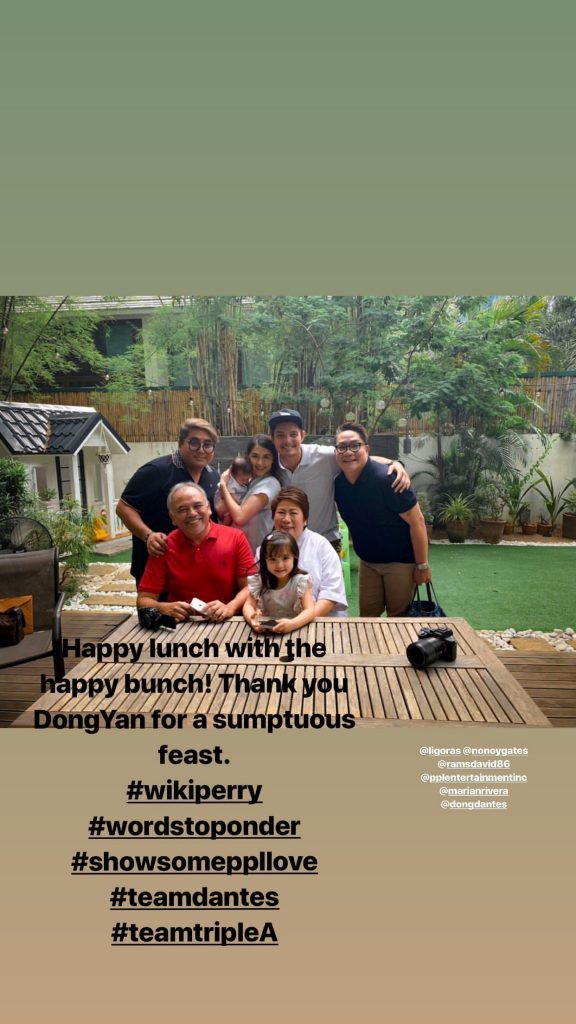 There are rumors that they had meeting over lunch to talk about Descendants of the sun. Because netizens and fans are requesting for Marian to play opposite of Dingdong Dantes. Who will play as Captain Lucas.

Fans are hoping that Marian will be able to play as Dra. Beauty. Originally played by Korean superstar Song Hye Kyo.

The lead stars of the original version of Descendants of the sun Song JoongKi and Song Hyekyo fell in love in real life. They tie the knot last October 2017. Hence they want a real couple as well to play the lead role, and who better play it than Dingdong Dantes and Marian Rivera.