Marian’s husband Dingdong Dantes went with her for this trip. Dingdong wanted to make sure his wife is well taken care of. DongYan are expecting their second child.

Dingdong paid for his plane ticket. Though he is not officially part of the show, Dingdong performed a duet with his wife. There theme song “Kahit Maputi na ang buhok ko.” 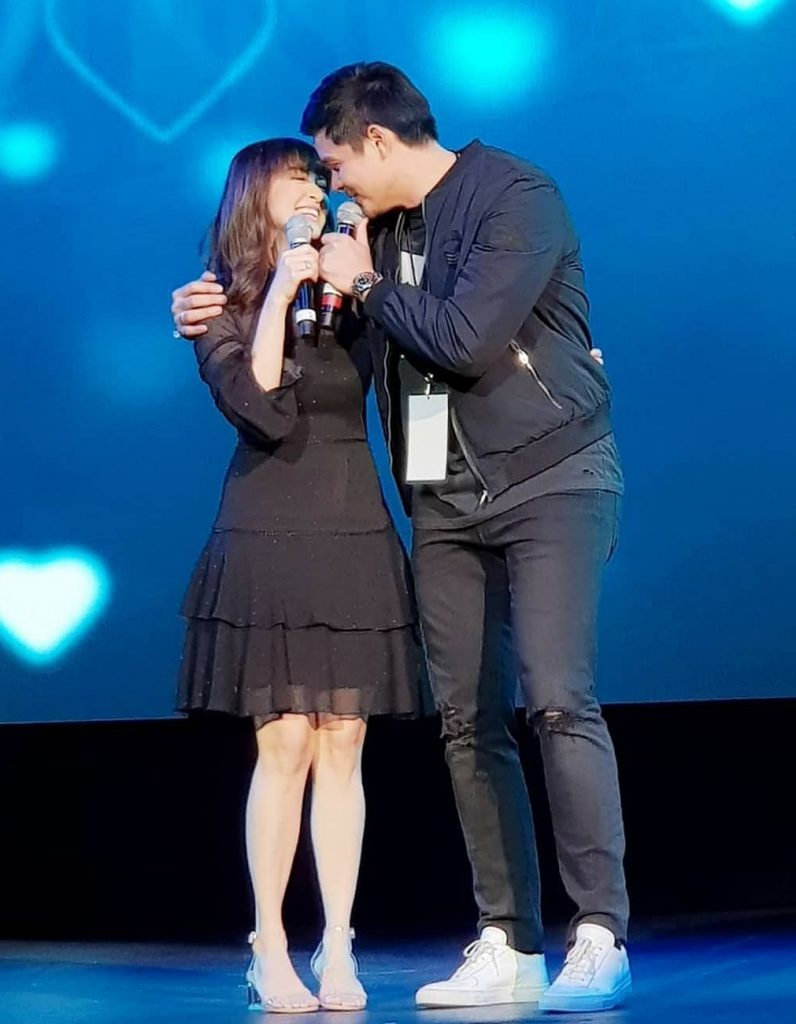 One of the songs Marian performed is Luha by Aegis.

Incase you didn’t know Marian is a fan of Aegis and she love singing Aegis song. Aegis was one of thr musical guest during her wedding with Dingdong last 2014.

Check out her performance below, a duet with a local performer in Anaheim.

Dindong and Marian flew back to the Philippines a day after the concert. As we write this, They are now reunited with their daughter Maria Letizia.

Her Kambal Aiai Delasalas stayed in the US as she has another show in New Jersey with Martin Nievera on October 13.