She spread cuteness when she came with her Mom on GMA building for a photoshoot for her Mom’s new teleserye.

Dingdong posted a photo of Zia pouting and wanted to kiss her Daddy’s alyas robinhood standee.

Marian doesn’t like to be away from Zia that is why she is bringing her to work whenever she can except for tapings.

Dingdong and Marian are doing a great joh balancing work and family life. 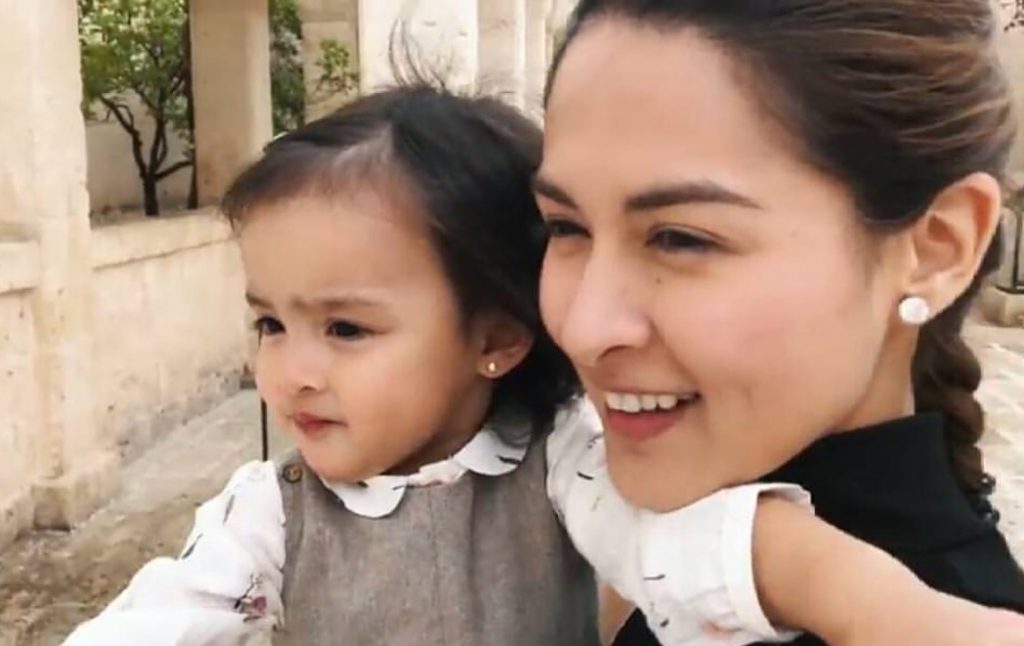 Meanwhile, The YesPinoy Foundation just celebrated their eighth anniversary. This is the organization headed by Kapuso Primetime King Dingdong Dantes. And of course, the members of the foundation were eternally grateful to their chairman Dingdong and his wife Kapuso Primetime Queen Marian Rivera, who could not have passed the occasion.

“… We in the YesPinoy Foundation family would like to express our sincerest appreciation to our Founding Chairman Dong Dantes and his wife, Ms Marian R. Gracia-Dantes, for their generosity and unwavering support to empower the Filipino youth. Blessed to have been inspired by your acts of kindness that overflow and have transformed lives and communities, “they expressed on their social media account.

Additionally, the foundation acknowledged DongYan as role models and being a good influence on the unity of many for one purpose.

“Both of you would always say that YPF exists because of our dear volunteers, but we would also like to say that we are here because of your leadership and the inspiration that both of you have instilled in our hearts. Salamat po, Chair Dong and Ms. Yan!” 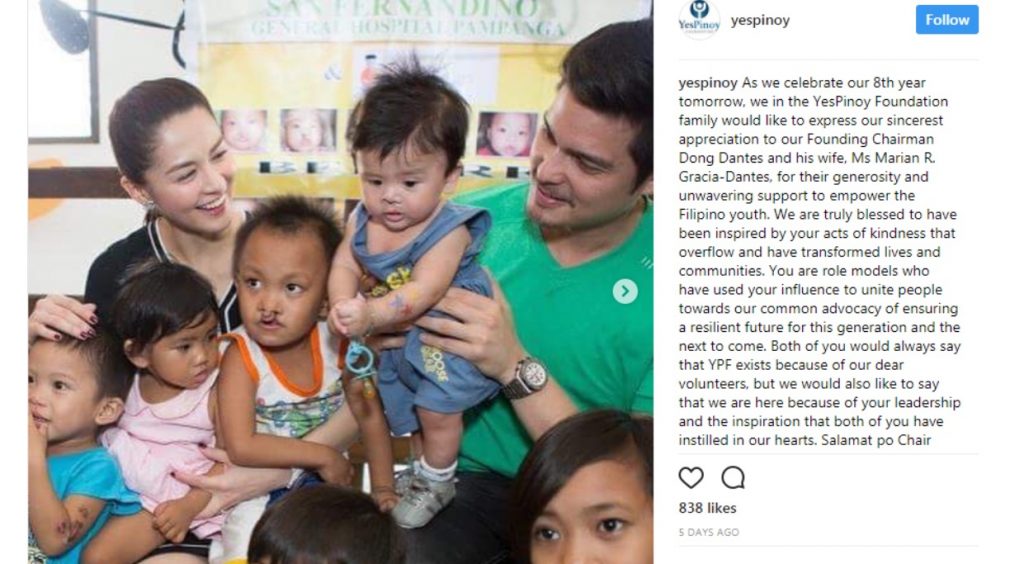 Last August 21, along with the celebration of the 8th anniversary of the foundation, they also held an art exhibit entitled ‘I Am Super: An Art Exhibit for Resilience.’ It features the work of Mark Padernal, Carlo Saavedra, Ivy Lim, Fonso Recto, Albrecht Behmel, Benedict Abigan, Evelyn Montenegro, and Patrick Cabral. Even the actress Marian has an artwork contribution too!

The art exhibit will last until August 27 at Newport Mall, Resorts World Manila.