The magazine featured Chef Bruce Rickett’s five-meal course for Marian, which is dubbed as “Beauty and the Feast: A culinary take on Marian Rivera.”

According to Rogue’s executive editor Jerome Gomez, “Bruce Ricketts creates an inventive profile of cover star Marian Rivera, conjuring a five-course feast inspired by the landmarks that make up the actress’s career.” 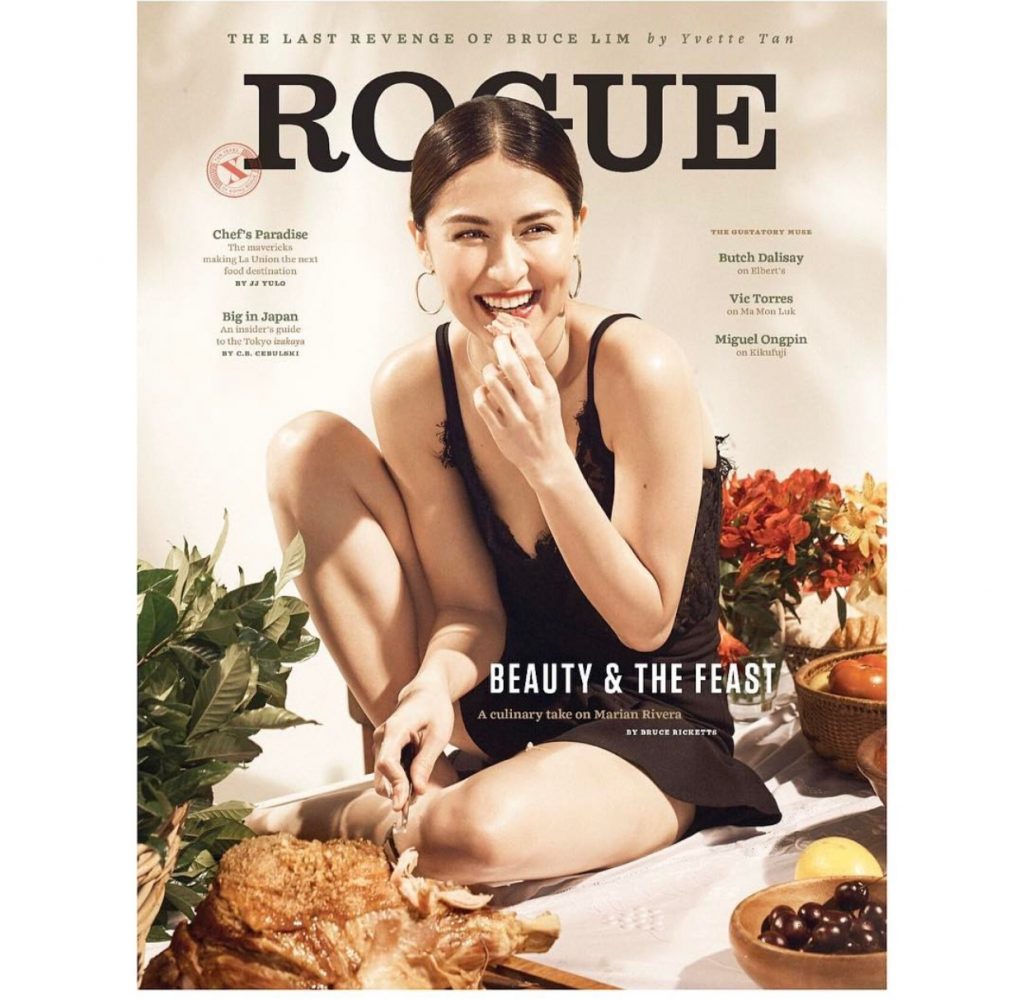 The lifestyle magazine also showed the milestones in life and career of Marian Rivera.

“MARIAN RIVERA covers this year’s Appetite Issue as Chef Bruce Ricketts creates a five-course feast based on the superstar’s life and career.”

After Marian’s short leave in showbiz to focus on Zia, she will have a teleserye comeback via “The Good Teacher”.

Her last teleserye was “Carmel” where she’s paired with Alden Richards. She was supposed to do “The Richman’s daughter” but because of her pregnancy she need to back out and replaced by Rhian Ramos.

Last February, Marian together with manager Rams David met GMA executives for her upcoming drama series. They had the story conference last April this year.

According to Marian, “Thank you to my GMA Family who always comes up with so many wonderful offers/projects for me. ❤️ This year it’s time to get back to work, and return to primetime… “

Watch out for Marian Rivera’s teleserye, soon on GMA Telebabad!