“Because he mentioned in passing. ‘I want it to be simple, no party, no surprise. I just want a boodle fight, very simple.’ So I said, ‘Ah okay, just come with us, the three of us (with Zia) will have lunch, and with the entire family for dinner.’ He did not know that I already set a boodle fight lunch with his family,” Marian shared. 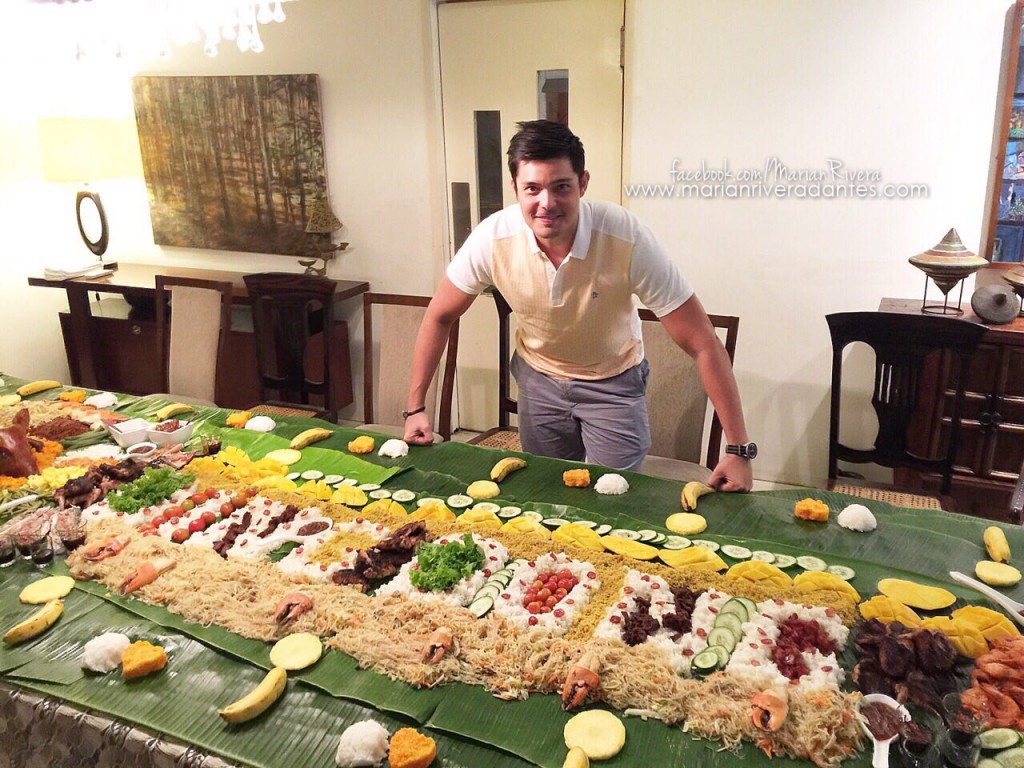 According to Marian, “We were complete, his siblings, his mom, my mom, my grandmother, my mom’s husband, we were there to celebrate with him. For dinner, the three of us went to Shangri-La.”

Marian’s birthday gift for Dingdong is a Lladro figurine of a father holding his child.

“I bought it for him because it symbolizes his being a father, it shows how dedicated he is as a father.

“My birthday wish is for him to always be safe. Because now he is into triathlon, biking… I get worried. But in everything he does, I support him. I always tell him to be careful. Before, I consider myself brave, I’ll do anything. But now, if I’ll do something ‘risky’, like riding, I tell myself that I have to be safe so nothing untoward will happen to me because of my child. That’s how I think now,” Marian stated..

The day after Dong’s birthday, Marian posted on instagram her message for her husband :