Dong Dantes and Marian Rivera-Dantes together to received their awards. This is the 7th consecutive Makabata Award from Anak TV for Marian and Dong. 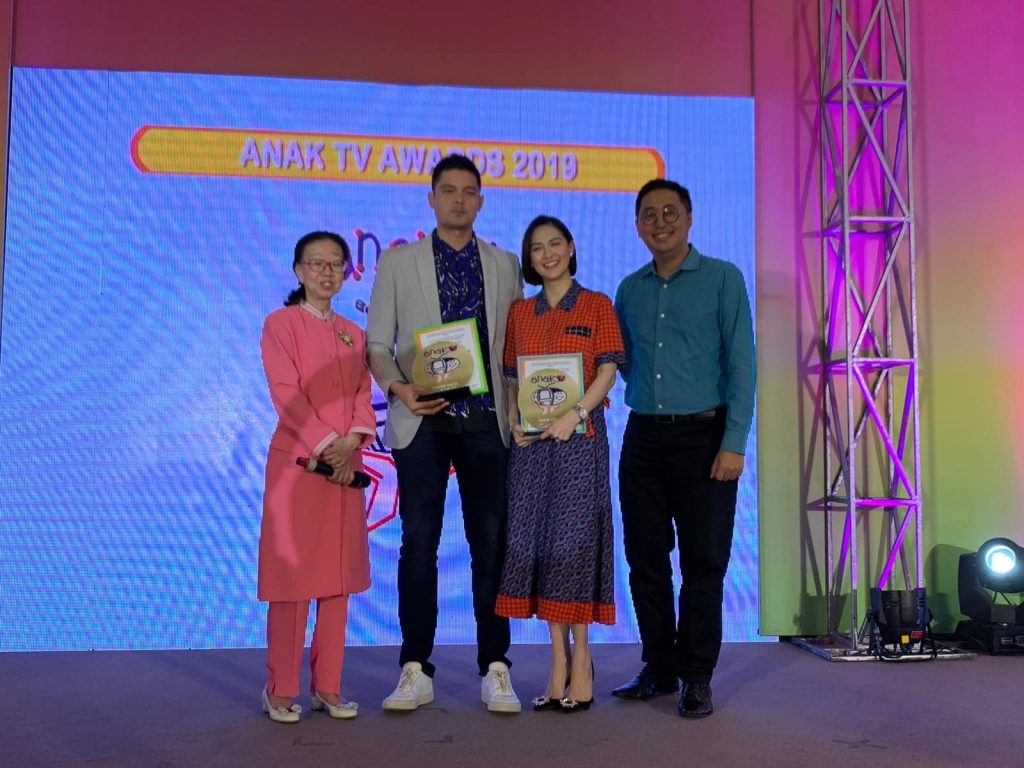 Because of their consecutive Makabata Awards for the past seven years, hence Dong and Marian are inducted to the Anak TV Hall of Fame.

Marian’s certificate reads,”For having constantly singled out by television viewers all over the country worthy of emulation by children.

For consistenly being the audience’s top-of-mind choice as among the country’s most favored, most liked and most admired TV personalities.

For embodying credibility, integrity and wholesomeness on Philippine Television.

And for always topping the national surveys conducted by Anak TV in its many forays into the heartland of the country.

Marian Rivera is now elevated in to the Anak TV Makabata Hall of Fame.

Following a resolution passed and approved by the officers and trustees of Anak TV Inc.

Presented this 5th day of December 2019 in Quezon City.” 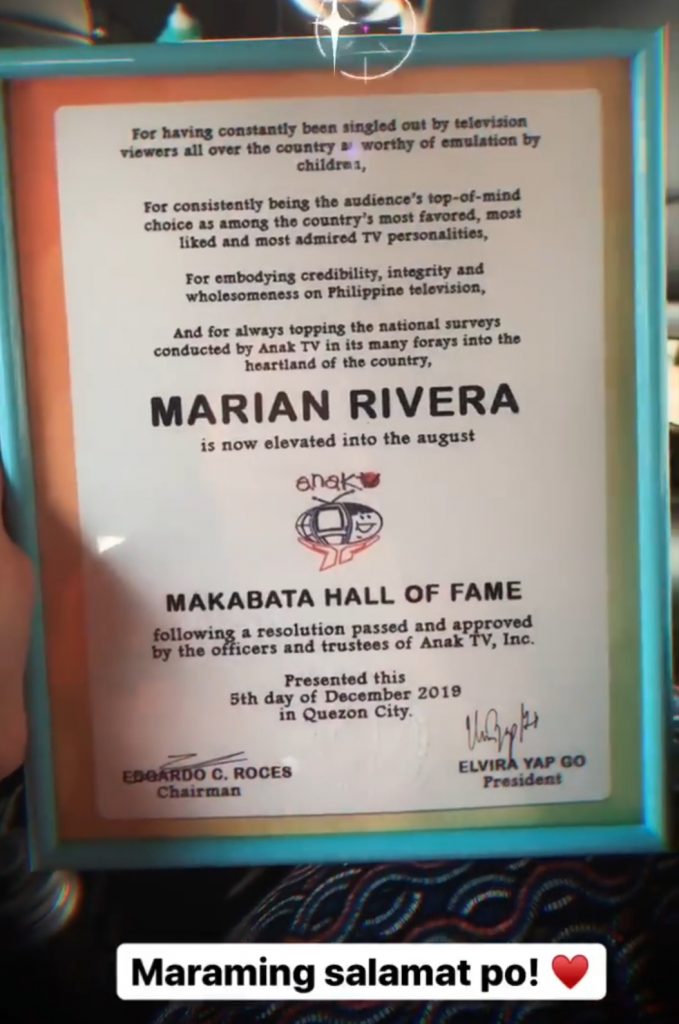 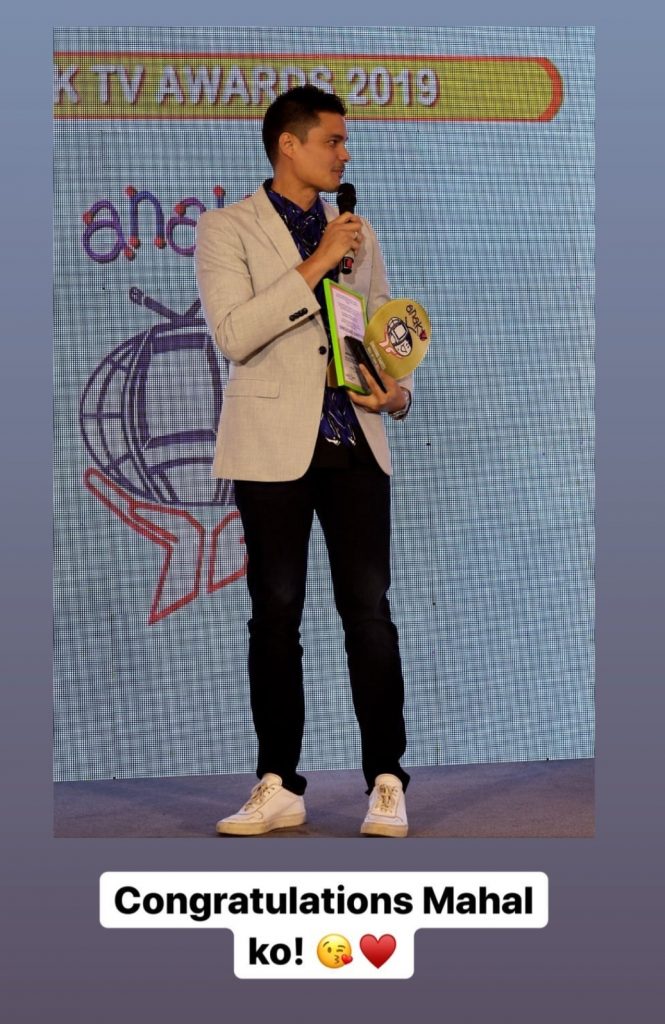