Princess Belle shared behind the scene story of Zia’s birthday

Kiara Dario is a theater singer who played as Princess Belle at Zia’s advance birthday party with her classmates.

She shared some behind the scenes stories from the birthday party. Yesterday she posted on her twitter account and expressed her delight after Marian posted her photo on Instagram.

“Marian Rivera put me on her IG Kakskskskskskksks GUYS I‘VE MADE IT IN LIFE ‼️‼️ I would like to thank everybody who believed in me I CAN DIE NOW.” She posted.

She then posted “Us: can we have a picture with you? Marian: kaloka with mommy pa?!? Kakahiya naman!!!! MAMSH” 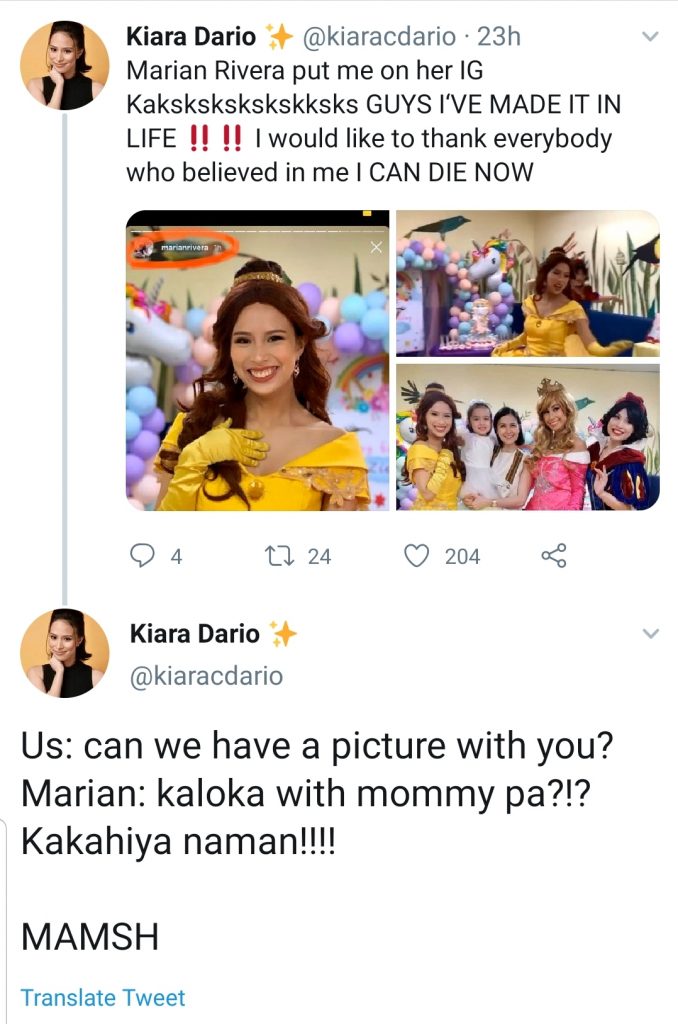 She then shared her honest thoughts after performing for Zia’s birthday.

“To be honest as a performer for countless kids parties this was one of the most down to earth ones I’ve ever been to.” She shared.

She was surprised that Marian personally arranged and did the set up for the party. “Si mommy pa yung tagabuhat at nagseset up! So refreshing to see especially from a “superstar” family.” 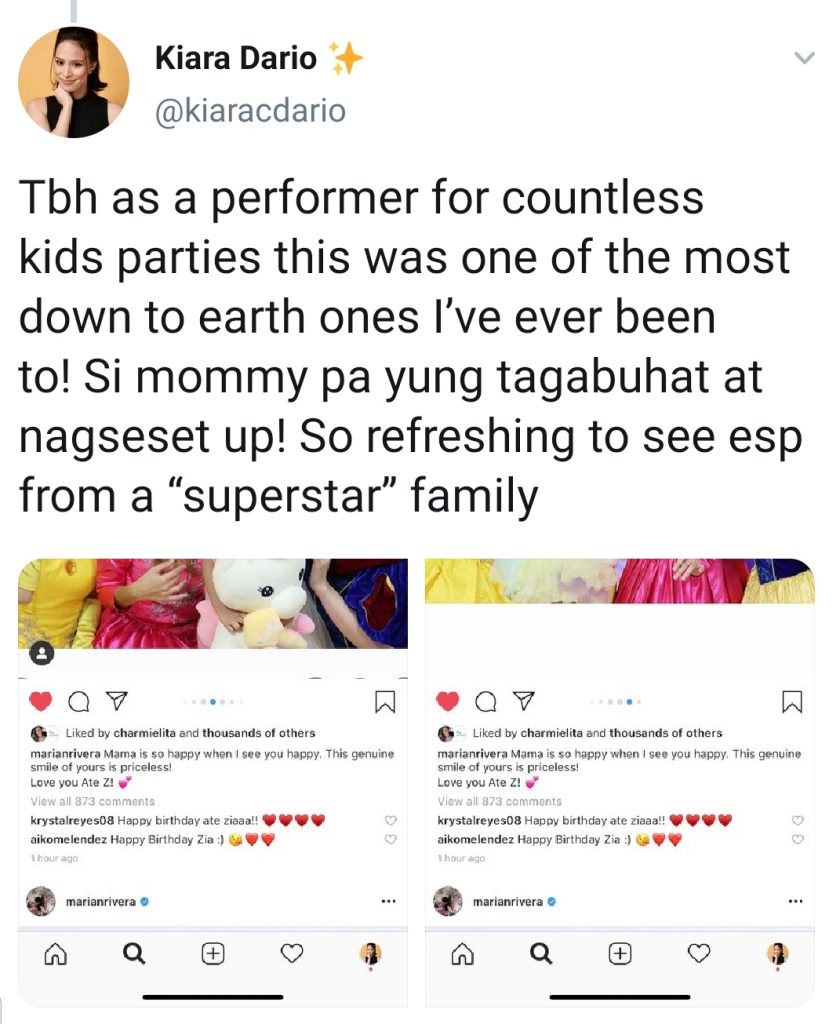 It’s always nice to hear behind the scene stories from the people who get to work with Marian.

Because they can vouch how humble and hands on she is as a Mom and as a person.