The Dantes Squad is currently in Bohol for a few days vacation. Instead of holding a costume party for halloween, they decided to take a quick vacation instead.

They were spotted sight seeing in Bohol earlier today. They were first spotted at Loboc River Floating Restaurant.

In a photo posted by netizen, Dong seem like he was singing and carrying Zia. While Marian was taking photos of them. Ziggy looking directly into the camera of the uploader. 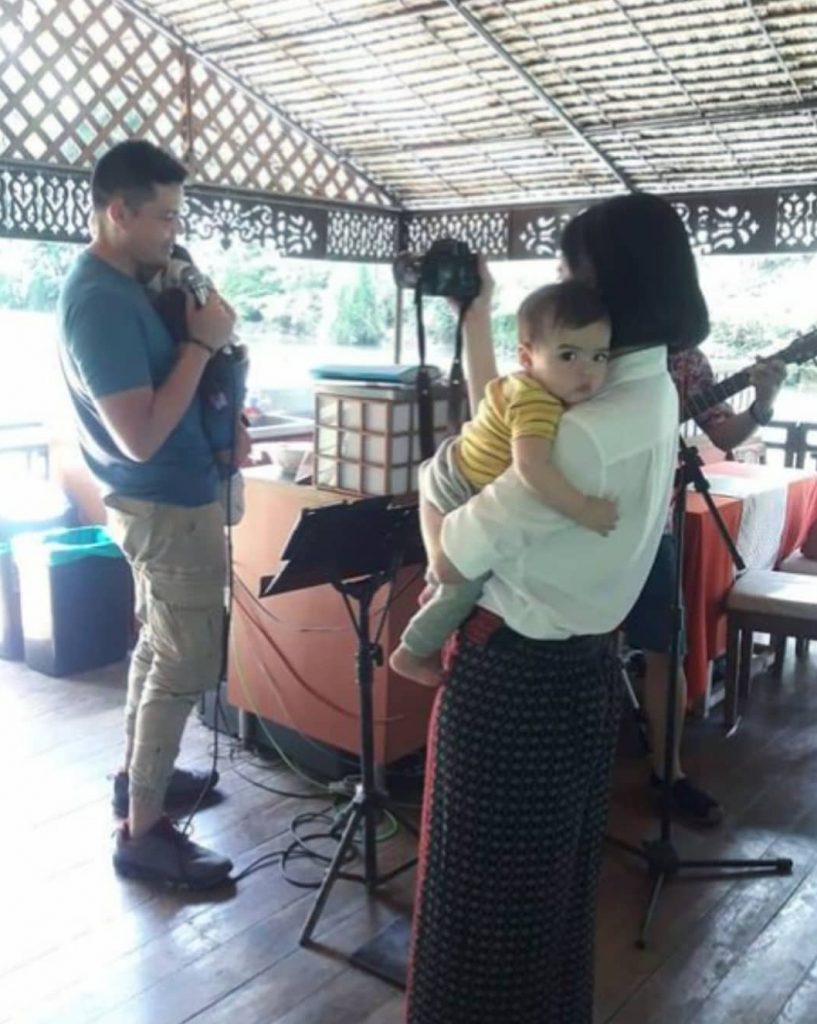 In a video uploaded by another netizen, The Dantes Family were seen going down the stairs. Because they were getting mobbed by fans, they need security to help them get back to their van.

The fans warmly greet them, and Dong and Marian smile and wave back at them.

We can also see how hands-on Marian and Dong as parents. Even though their helpers are with them. They are carrying Zia and Ziggy.

Thank you to everyone who share their photos and video.