Whatever misunderstanding happens between Marian Rivera and Lovi Poe is finally over. Last Sunday Lovi Poe was a guest judge for one of Sunday Pinasaya segment.

Marian and Lovi work together for a sitcom called show me da manny with Manny Pacquiao last 2009 up until 2011.

The two actresses became close friends because of that, but something happened when they filmed the movie temptation island in ilocos norte.

The two seem to grow apart, but let be bygones be bygones. Lovi guested in Sunday Pinasaya last week as a guest judge with Marian and Aiai Delas Alas. 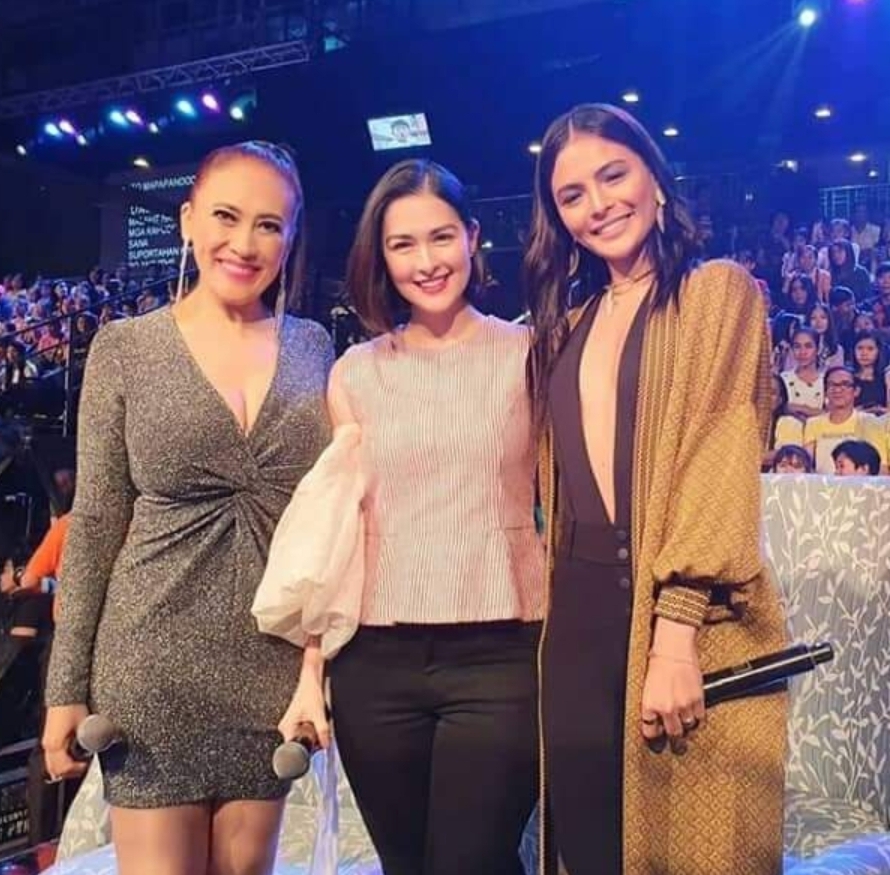 Lovi and Marian was seen giving eachother a tight hug as well. Here’s a clip:

A year after leaving Popoy’s Luminary Management, Marian and Dingdong got married. Popo was not invited.

It’s true that time heal all wounds, Marian brought her two children Zia and Ziggy to meet Popoy last week. All is good now between Marian and Popoy.