Marian is glad to be back as she also missed doing her regular show every sunday. Marian took 8 months hiatus in Sunday Pinasaya since february 2019.

She took a long break to focus on her new born then Baby Ziggy who just turned 6 months. 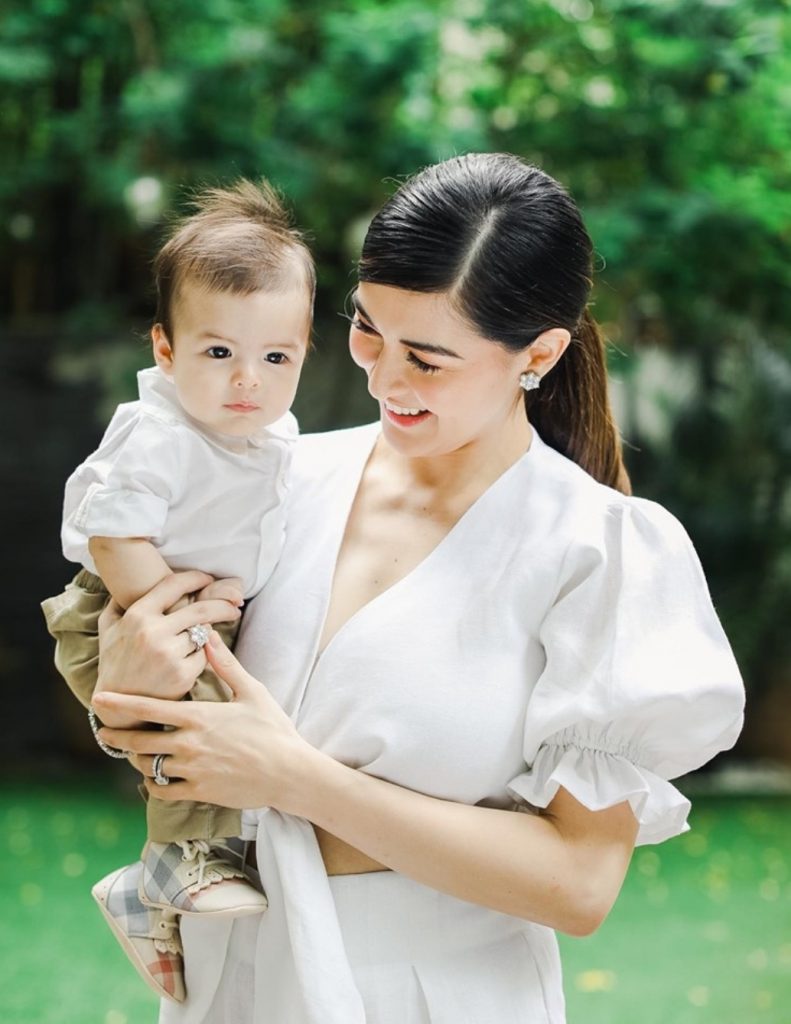 Even though Marian took a long hiatus, her fans understand and patiently waited for her return. They understand that Marian’s priorities now is her husband and children.

They noticed that Marian wears a lot of filipino made clothes lately even in Sunday Pinasaya.

Marian has an advocacy to promote filipino made dresses from local designers. We can see that her ootd now are all filipino made.

Anyway, Marian had a hilarious segment at Sunday Pinasaya. Even though she took 8 months of hiatus her comedic timing never fades away.

Everyone in the audience were laughing out loud because of Marian.

While Marian in on stage making everyone laugh, Zia was watching her Mom backstage in a monitor with Marian’s manager Rams David.