Dantes Family spotted out and about

Marian Rivera recently posted a photo with her husband and daughter Zia while on a date.

The netizens were so fond of the photo that Marian shared on her Instagram account because of their funny facial expression.

Dingdong, Marian and Zia made ‘eeeeeeewww’ facial expressions that made netizens laugh. They also praised the dantes family for being such a fun loving family. 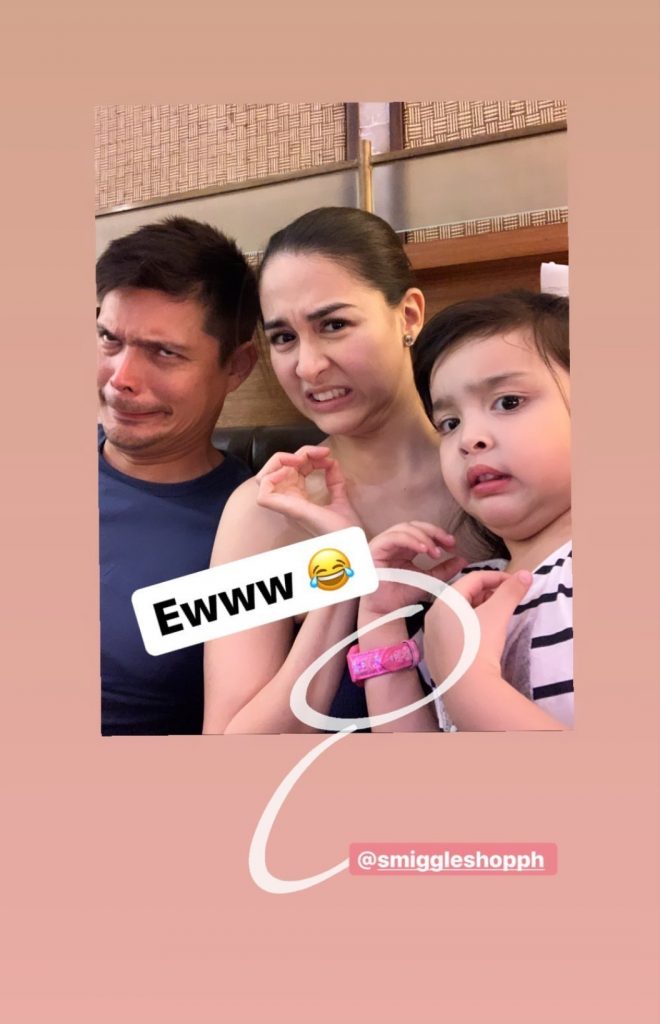 Marian also posted a short clip of Ziggy. Through the clip, it can be seen that the actress looks extremely radiant when with her son. Meanwhile, Sixto proved to be such a bubbly and hyperactive baby.

A lucky fan of the Dantes Family also got to take a photo with them when he saw them out and about.

He said on his instagram account that the dantes family is the coolest family he ever met.

On the photo Marian was seen carrying Sixto while sleeping.

After giving birth to ziggy, Marian began to slowly return to her showbiz activities. Marian and Dingdong’s happiness is something that everyone admires. The couple is also the dream family model of many people.