No need to dress up too fancy, actress Marian Rivera still thanks to the fresh and simple style.

Marian Rivera surprised fans with her fresh and youthful fashion style, a blue T-shirt with torn jeans. It can be said it makes Marian much more youthful and fresh.

Early on after Marian gave birth to her second child she received criticism for gaining weight, which is so wrong. But Marian quickly lost her pregnancy weight.

Marian Rivera gave birth to Ziggy in April. Since then she has spent a lot of time caring for her two children. Sometimes Marian attended the event and went to shoot tv commercials. She said she lives healthy and breastfeeding helps her lose weight. 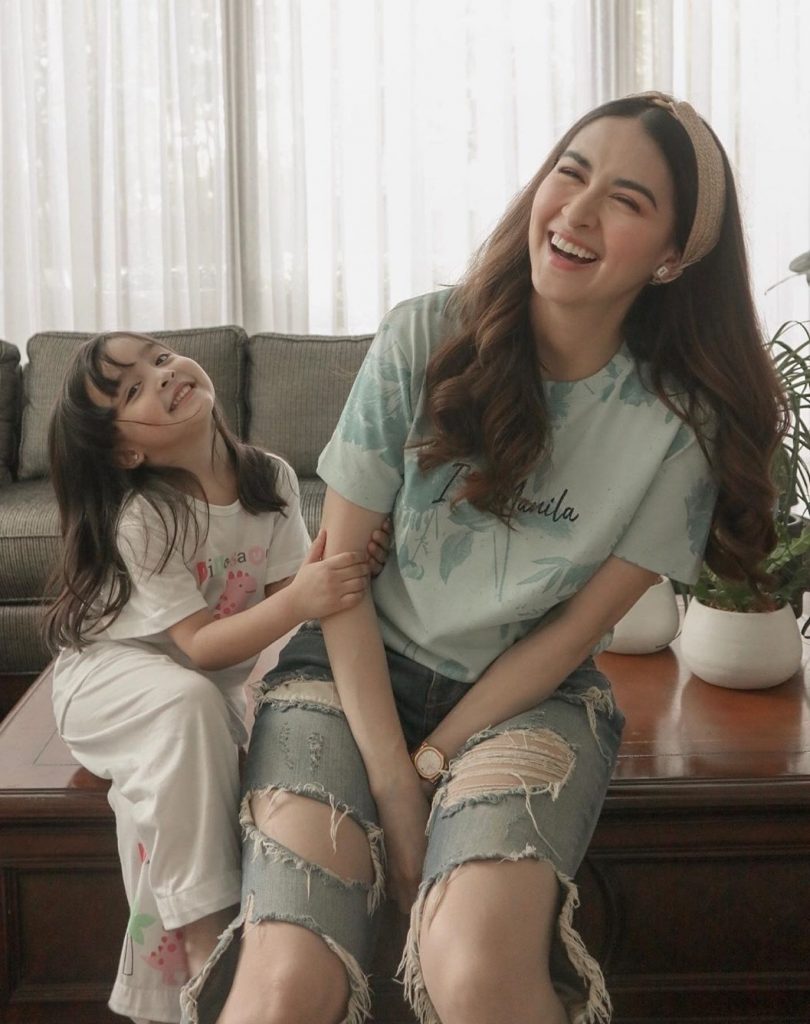 Zia and Marian is the product endorsers of Nido. Marian posted photos of Zia outdoor while enjoying her milk.