Zia Dantes will turn 4 years old on November 23,but an early age she already has a lot if savings.

The daughter of Dingdong Dantes and Marian Rivera is one of the most in demand endorsers. Zia already did tv commercials and print ads.

According to Marian, Zia has her own bank account. All of her earnings from her endorsements are save on her bank account.

“All of her earnings from endorsements are deposited on her own bank account. When she turn 18 years old, when she’ old enough to manage her own finances we will give it to her.” Marian said.

She also said that Zia is very vocal, “last night i was very sleepy, but Zia was staring at me. Then she told me, ‘Mama Thank you, you know what Mama? You are the best Mom ever!'”.

“I guess that’s the reward of having children.” Marian said.

Marian posted a new photo of Zia in a recording booth. She only captioned it “Soon.” 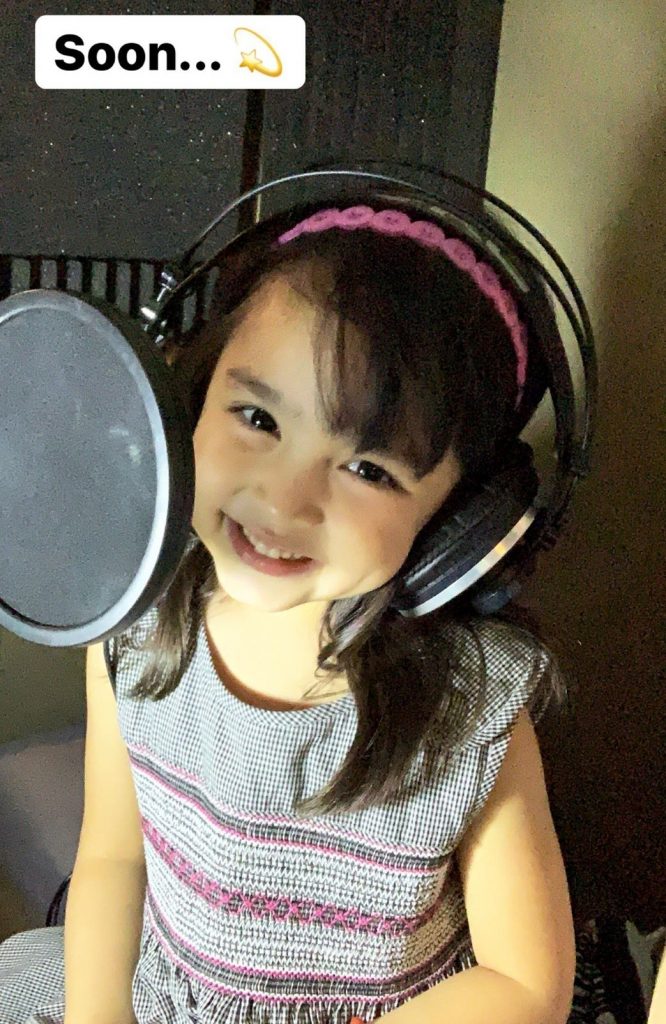 It looks like Zia is doing some dubbing, for a new tv commercial perhaps?.

Even though they let Zia do tv commercials, Dingdong and Marian said they will only let Zia join showbiz when she finishes her school.

Though Zia once told them that she wants to see herself on tv.