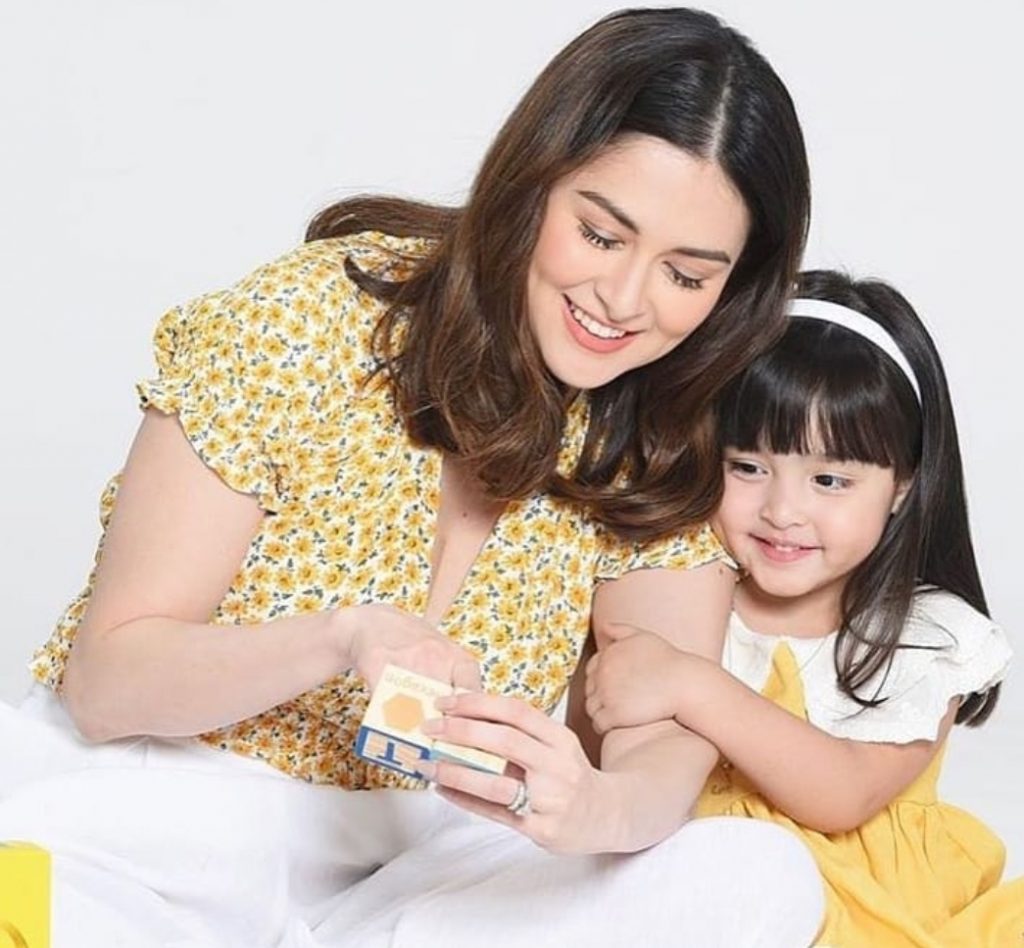 Another fan quickly jumps in to Marian’s defense asking the fan to be sensitive. As it is unnecessary to point out about Marian’s weight gain. Since Marian just gave birth 2 month’s ago and is breastfeeding his 2 month’s old son.

“Mag 2 months pa lang since she gave birth to sixth.. what do you expect? And yes she is breastfeeding. Let’s be sensitive. Di na naman kailangan sabihin pa na she gained weight. For obvious reasons naman.” The fan wrote.

Marian has a very cool response and commented “hahahahaha ProudPaDedeMom!” 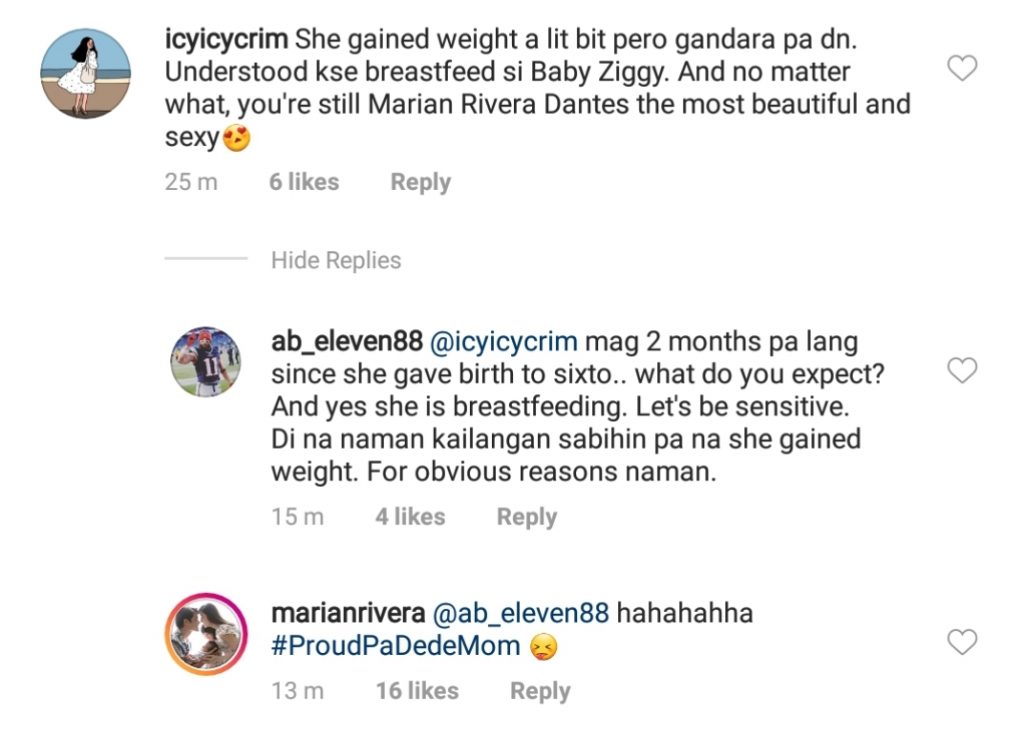 On other news, Dingdong give a straight foraward answer about “Unknown Questions” game of Kyline Alcantara regarding his wife Marian Rivera and to their director.

At the Inside StarStruck, the original StarStruck host admitted that hes more afraid of his wife Marian than a terror director.

Dingdong replied,” Of course, it will be Marian.” Aside from this, he also admitted that his first showbiz crush is Dina Bonnevie.

Meanwhile, he was asked a question about Jennylyn Mercado but he can’t reveal it and answer the question and he choses to do the consequence to drink.