Kapuso power couple Marian Rivera and Dingdong Dantes will be celebrating their third wedding anniversary. The Kapuso King and Queen got married in December of 2014.

It has also been 10 years since they meet on the set of their first telenovela together, “MariMar” in 2007.

But while they went for the happily ever after, it wasn’t the case when they first met. It was quite the opposite to be exact.

Dingdong Dantes shared that he was sure they wouldn’t get along. And the funny things is that Marian actually felt the same.

She even described Dingdong as “suplado” (snob). That was Marian’s first impression of him.

Even though they were attracted to each other, they didn’t warm up fully to each other until after two telenovelas together. After “MariMar,” Dingdong and Marian teamed up again in “Dyesebel” (2008), and “Ang Babaeng Hinugot sa Aking Tadyang” (2009)—and the rest is history. 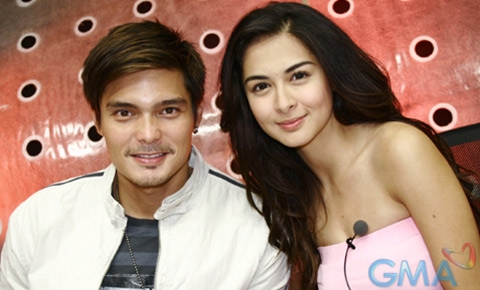 The two have a lovely daughter named Maria Letizia Dantes or Zia. She will turn two years old this November.

Marian and Dingdong are both very busy now with all of their projects.

Dingdong just launched his new movie with Star Cinema, Seven Sundays. He also is doing the book 2 of his fantaserye, Alyas: Robin-Hood.

Marian, on the other hand, is busy with her new top-rating series Super Ma’am. She can also be seen on Tadhana. The actress also has been launching new endorsements here and other. The other including being the first face of Kultura.

Despite their busy schedule, Marian and Dingdong still find time for each other. They even have plans of having baby number two as soon as their projects are finish.

They are truly #relationshipgoals!