Kapuso fantaserye “Super Ma’am” will be more exciting when the 7-footer Conan Stevens character ” is here to fight Marian Rivera.

In the Chika Minute report by Nelson Canlas on GMA News “24 Hours” this Tuesday, Conan is back to the Philippines to act as giant “Tamawo” who will fight teacher Minerva performed by Marian.

“Super ma’am, I’m looking forward to putting her in her place because I’m the strongest enemy she has ever seen,” Conan said.

Conan once knew Kapuso primetime king Dingdong Dantes when they taped for “Encantadia,” so he was excited to see and work on primetime queen Marian.

Conan is set to film for “Super Ma’am next week. 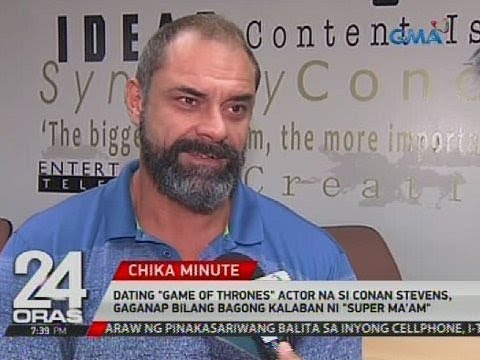 When not taping, Conan returns to America to train as a body builder where he is among the famous personalities such as Arnold Schwarzenneger and Russian star Alexander Nipsky.