The Kapuso Power Couple Marian Rivera and Dingdong Dantes always get the question “When do they plan to have baby number two?” Afterall, their unica hija Zia will turn two on November 23.

Zia grandmothers or Marian and Dingdong’s parents are already looking for another apo especially when they observe Zia playing by herself.

Lately, Marian and Dingdong had been busy with their work schedules and Zia’s lolas are the ones taking care of her. The couple doesn’t want Zia to be left alone with her yaya.

Marian’s promise is that she’ll finish doing her new series Super Ma’am first before trying to conceive baby number two. She revealed that they really want 4 more kids to make it 5 in total. But of course, she’s aware that it’s not that easy to get pregnant and she’s not getting any younger.

Dingdong, on the other hand, lifts it up to the Lord. Whatever He gives, he will take. He believes that no matter how much he and Marian plans it, if the Lord wills it differently so it will be. 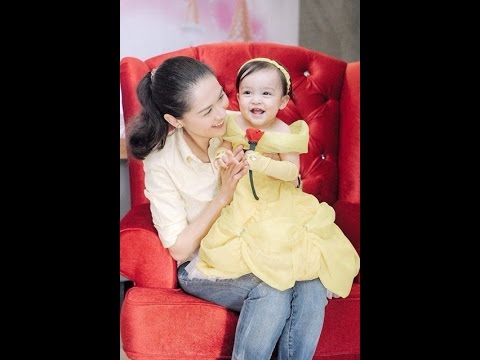 But in all honesty, Dingdong wants to have a baby the soonest possible time.

They are asked what if Marian gets pregnant before wrapping up her action series Super Ma’am.

He just said that perhaps it’s the reason God has not allowed it to be. They still have many commitments. As for Dingdong, it’s not a problem because he doesn’t have to leave Alyas: Robin Hood.

His new movie, Seven Sundays, is also showing in theaters.