Their show is an action fantaserye that features Teacher Minerva Henerala, an odd but kind-hearted teacher who gets bullied by her students.

It’s Kim and Meg’s first time to work with Marian. When asked what they think about the lead star, they said a lot of great things about the actress.

Marian herself picked Kim Domingo to be part of Super Ma’am. Kim admits that she has idolized Marian ever since. In fact, she was a little bit awkward and starstrucked when she first met Marian.

Marian is a new mom to a little baby girl named Zia. Her unica hija Zia Dantes is almost two years old. Even with the many projects offered to Marian, she can still balance work and family time with grace and poise.

Meg and Kim confessed that Marian is their girl crush. They find her stunning and very sexy.

The fans admire the closeness of the three sexy ladies of Super Ma’am. They all seem to be having fun on and off set.

Meanwhile, many viewers have admitted that they are already hooked to the Super Ma’am story. They find the plot very fun and light. But also, there are many lessons to learn from the show. Plus, the action scenes are also very breath-taking. 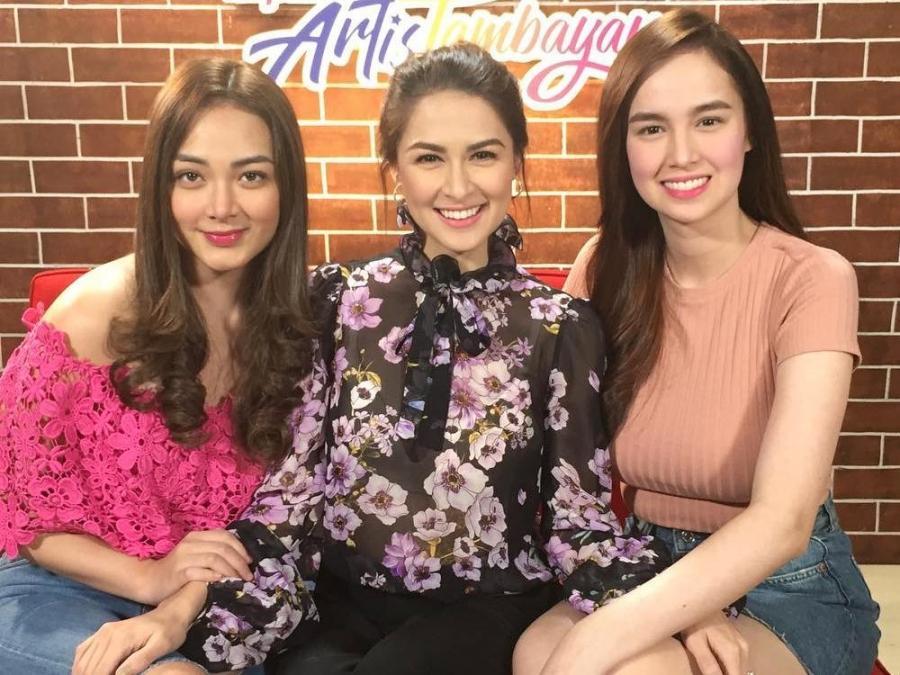 Keep tuned in to Super Ma’am after 24 Oras.