The pilot episode of Marian Rivera’s comeback show Super Ma’am was definitely high-rating and social media trending. The series is something to watch out for.

And Marian even promised that all the fans will be even more astonished when they air the incredible fight scene she shot with Ai Ai delas Alas. Super Ma’am director Direk LA Madridejos didn’t want to preempt the controversial scene so it is best to watch out for it.

The new characters were also introduced. We have identified Ms. Helen Gamboa as Lolita Honorio, Minerva’s grandmother (Marian), who will be her guide to the journey as a teacher and Super Ma’am. The other actors include Matthias Rhoads, Jerald Napoles, Jackie Lou Blanco, Joyce Ching, Kristoffer Martin, Ash Ortega, Enrico Cuenca, Meg Imperial, and Kim Domingo. Yesterday, The Sunday PinaSaya episode was dedicated to Marian and her Super Ma’am.

Meanwhile, Marian thanked her friend Angel Locsin who shared a message of a good luck in for her new teleserye. The two actresses didn’t seem to talk about how their shows were almost on the same timeslots from the rival networks.

Angel Locsin returned to La Luna Sangre and if Super Ma’am had taken over the slot for Mulawin vs. Ravena, they would have been head to head. They said it was a non-issue. It is Dingdong Dantes’, Marian’s husband, series that will be on the exact timeslot as Angel’s. The two series are different, one is the telefantasy and one is a true action-drama series. 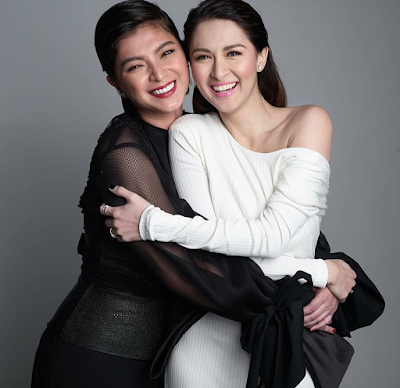 The new GMA Telebabad shows are heart-stopping in their own way. After the 24 Oras news program, Marian’s Super Ma’am series will be watched, followed by action-drama series Alyas Robin Hood 2 by Dingdong Dantes, Solenn Heussaff, and Andrea Torres.