It was already told and written that Kapuso Superstar Marian Rivera handpicked sexy star Kim Domingo to play the role of her long-lost sister in her new GMA series “Super Ma’am”.

Kim will play Avenir Segovia, the long-lost sister of Minerva Henerala. Kim’s character will be trained by the main villainess Greta Segovia (Jackie Lou Blanco) to become a beauty queen.

Kim couldn’t help but get kilig when she heard about what Marian had to say about her. She is admittedly a Marian Rivera fan.

She said that she has looked up to Marian ever since. She couldn’t help but cry and be overjoyed when she met her. 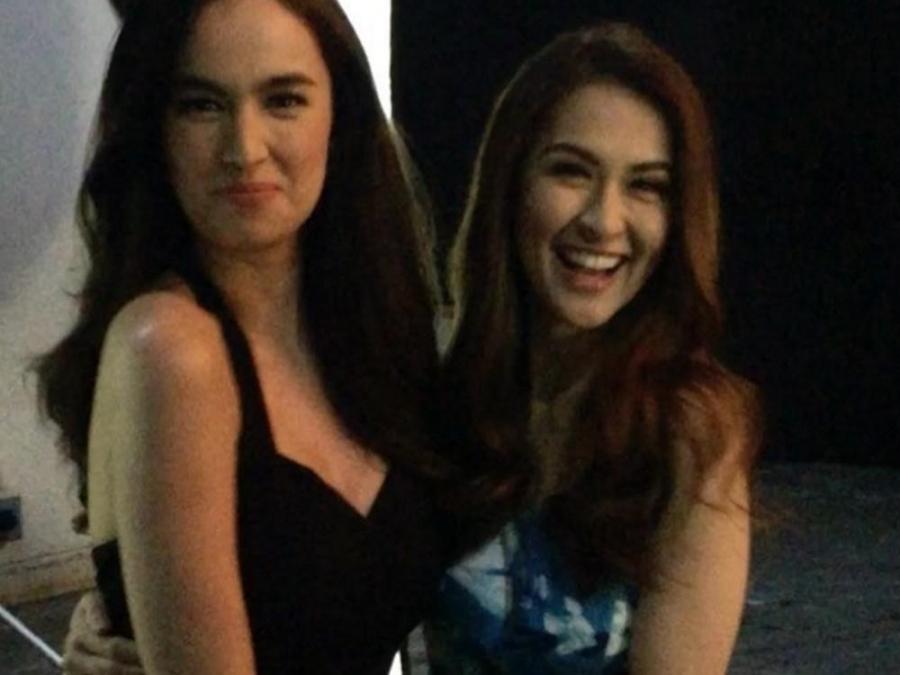 Kim also described how awkward she was when she first met Marian.

She also shared that they have fight scenes together.

How did Kim prepare for it?

She shared that she had been training really hard through aerial yoga and mixed martial arts. Kim said she worked really hard because it was her first time to do action scenes.

In the teaser, the two ladies were seen fighting in their sexy outfits. Will there be a battle of the sexy between them?

Marian was included in the FHM Hall of Fame for being hailed as the Sexiest Woman for three times.