Marian will play the role of Miss Minerva Henerala, a kind-hearted teacher who transforms into a super hero by night to fight off glowing-winged creatures called Tamawo.

In the recent press conference for the premiere of Super Ma’am, Marian’s sexy superhero costume was revealed.

It was super sexy, but not too revealing. Marian’s Super Ma’am battle armor is a blue, red and black crop top, a pair of black jeans, black leather hand wraps, black boots, gold wrist bracelets and a lasso rope.

Her new costumer sort of made us feel a little nostalgic of her 2009 Darna days. We can recall that Marian Rivera slayed the Darna role, being probably the most perfect one to play it yet. 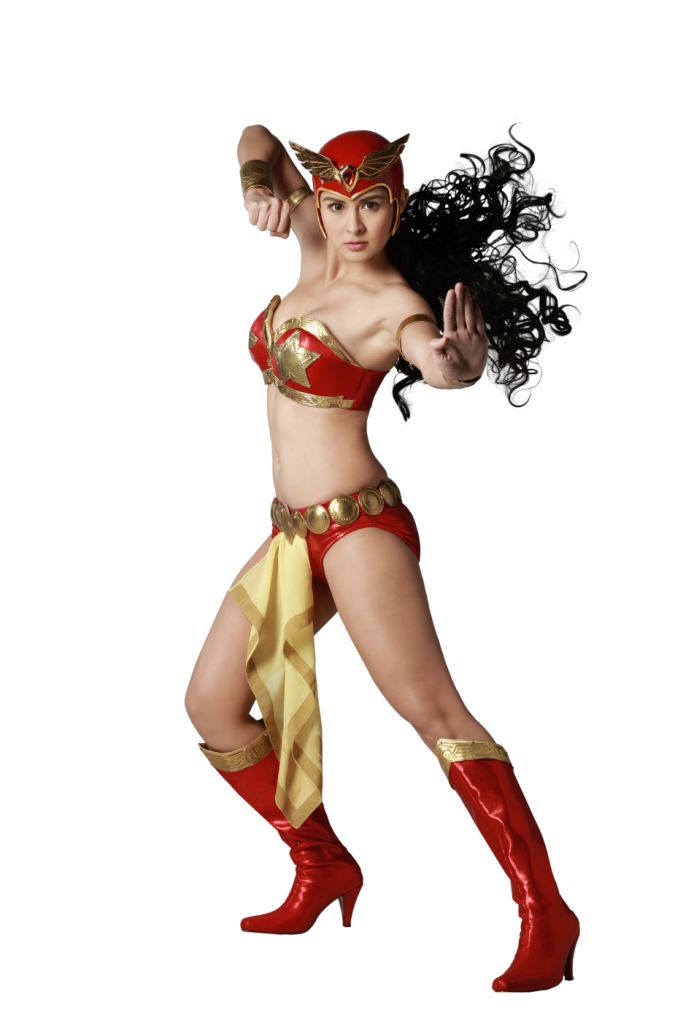 She was oozing with sexiness in a two-piece red and gold bikini armor suit paired with red boots. Her action scenes also went amazingly with her costume.

Hence, this paved the way for her to be a 2-time FHM sexiest woman in the Philippines.

Now, 8 years later, and one daughter after, she is still smoking hot! Her Super Ma’am costume reveals her mega toned abs that do not show any signs of bearing a cute little girl.

However, since she is now a mom, her costume is a little bit more demure that what we’re used to seeing Marian wear. Either way, she still looks stunning!

We can’t wait to watch Super Ma’am on September 18.