The timeslots of two primetime Kings of two networks are now going head to head: Alyas Robin Hood (ARH) by Dingdong Dantes on GMA-7 and Probinsyano by Coco Martin on ABS-CBN.

When Dingdong Dantes talked to an interview about Alyas Robin Hood on September 7 in Toro, Quezon City, he was asked if he felt pressure due to the loyalty of rival shows.

He was talking about Zia, of course, his daughter with Kapuso Primetime Queen Marian Rivera. For the actor, he does not feel the difference between what they are doing now compared to the first stage of the teleserye. Will they keep the action scenes up like their pilot week?

In the pilot episode, Dingdong was riding a motorcycle to pursue the kidnapping of her mother (played by Jaclyn Jose). MOVIE WITH AGA. Dingdong is also preparing for his movie with Star Cinem, Seven Sundays with Aga Muhlach, Enrique Gil, and Cristine Reyes. 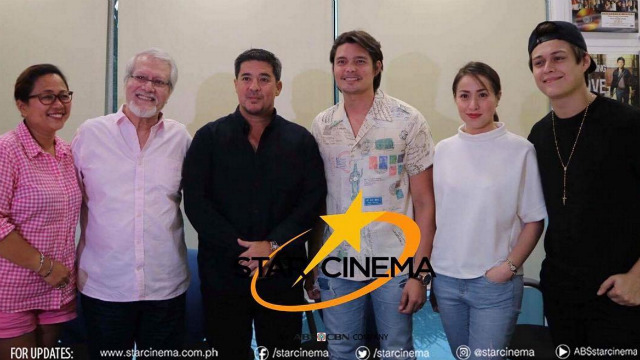 Dingdong said, “Siyempre, because I look up to him, marami akong nakukuhang advice from him.

“Marami siyang naisi-share about the industry, which I appreciate very much.”